Handling the EWS form with Leaseholders 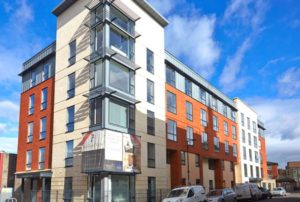 In recent months we’ve been working our way through Bloq’s portfolio and assessing which buildings require an inspection and an EWS form. We’ve encountered a mixture of emotions and reactions from our customers, ranging from resistance to us carrying out the inspection because, “It’s not compulsory” through to owners looking to sell asking, “Why haven’t you done it yet?“.

We’ve proactively triaged our portfolio and identified which blocks require an EWS. We manage one building where the freeholder has done the right thing and is replacing the cladding, have obtained an EWS with an A rating on another, have one building with the form pending, and another three inspections programmed in for September.

When attending a webinar on the topic yesterday, it was stated that it was important to ensure that the cost of the inspection and the EWS was recoverable under the lease, and that cost is reasonable. I was mildly surprised though to hear two leading industry figures state that this was for when the accounts were published so agents are able to justify what they’ve done.

While of course it’s essential that the cost of EWS is recoverable and reasonable, I think they missed a basic and really important point; leaseholders should not be finding out about an issue as significant (and costs associated with that) such as an EWS on production of the accounts, but when the cost is being committed. Surely it’s better to treat the leaseholders with respect and like adults and advise them of not only the problem, but the path to resolution, and the costs of that, and take them with you on that journey?

This is the Bloq way; if we encounter a significant and expensive problem, we work out our options, and discuss them with the decision makers, be that the directors of the management company, or freeholder. Put simply, this is the problem, here are some solutions, and these are the costs and depending on the issue, we’ll canvass opinion from all leaseholders.

Engaging with leaseholders on how we spend their money is vital. We have moved AGMs to a couple of months before year end, so leaseholders can discuss the coming budget. We consult on big ticket items, even when section 20 doesn’t kick in. Why? Because it’s not our money. Its leaseholder money, and their homes. So they’re involved, as much as they want to be.